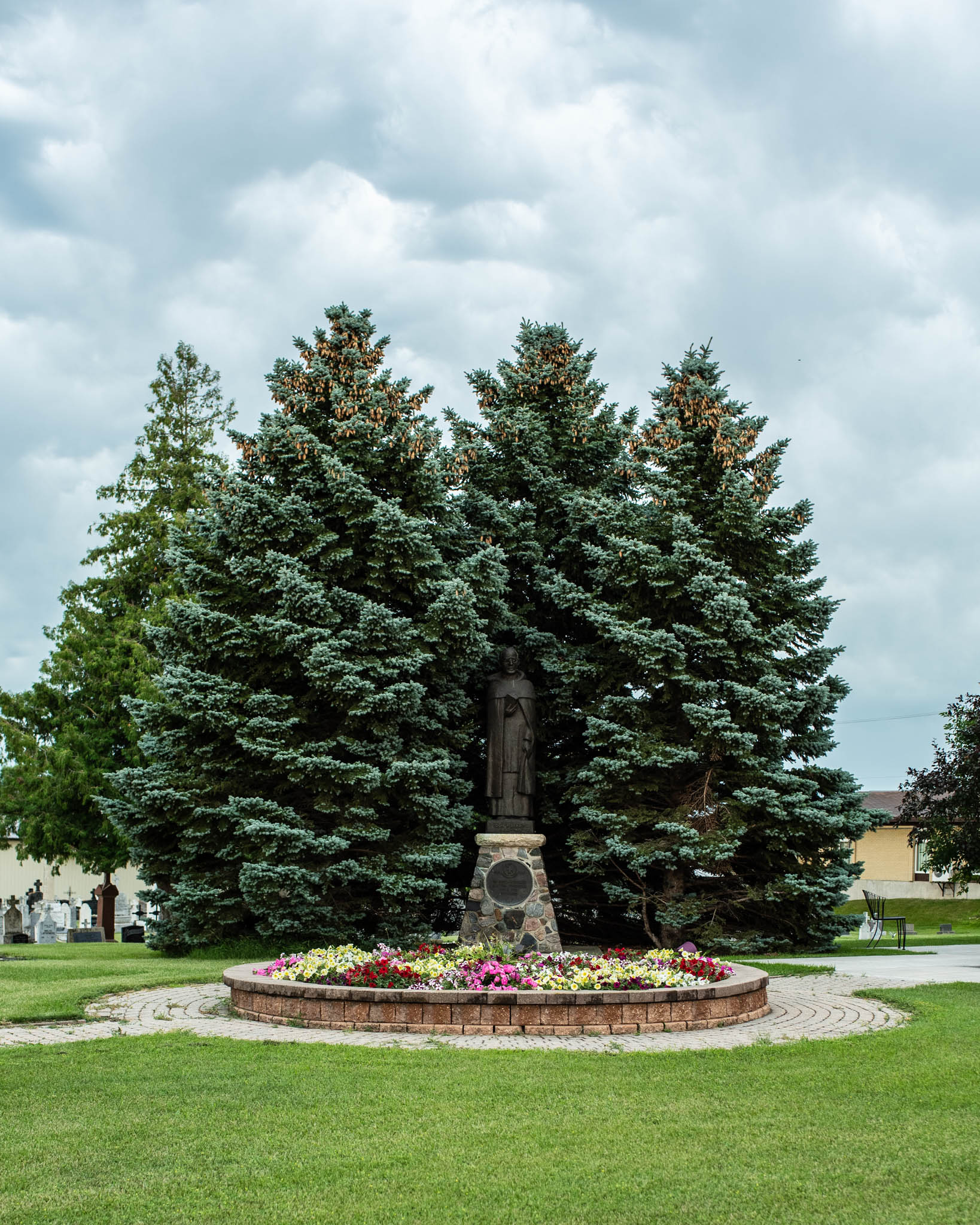 The Notre-Dame Grotto is located between the Elementary School and the site of the old Notre-Dame convent.

During 1946 and 1947, many young Manitobans were affected with polio. Sister Marie-Joseph (Antoinette Bergeron), then principal of the school, promised to set up a grotto in honour of the parish if it was spared from this epidemic. The youth of Lourdes were saved.

In 1954, Sister Thérèse-de-l'Enfant Jésus (Alphéda Provencher), then principal of the school, in collaboration with her students, as well as Father Dacquay, started building the grotto.

On May 7th, 1891, Dom Benoît, Chanoine Régulier and two of his companions arrived from France accompanied by approximately forty swiss and french pioneers.

Several days later, they discovered the Pembina Mountains and here, amidst this wild and uneven terrain, they settled.

That same summer, on August 15th, Dom Benoît founded his new parish, which he dedicated to our Lady of Lourdes.

The Musée des Pionniers, under the administration of the Société historique de Lourdes, opened its doors on January 1987.

It contains approximately 10,000 historic, technical and artistic objects, including some

Part of the museum is dedicated to the Chanoinesses who settled in 1891 soon after the founding of the town.

This museum is a tribute to their educational and apostolic work and ensures they will long be remembered.

For more information about the Museum, please click here.

In the centennial year, a statue in honour of Dom Paul Benoît,founder of the parish, and the pioneers of Lourdes, was placed in front of the church.

This statue made of bronze was created by Réal Bérard.

A brochure on the life of Dom Paul Benoît can be found in the foyer of the church. 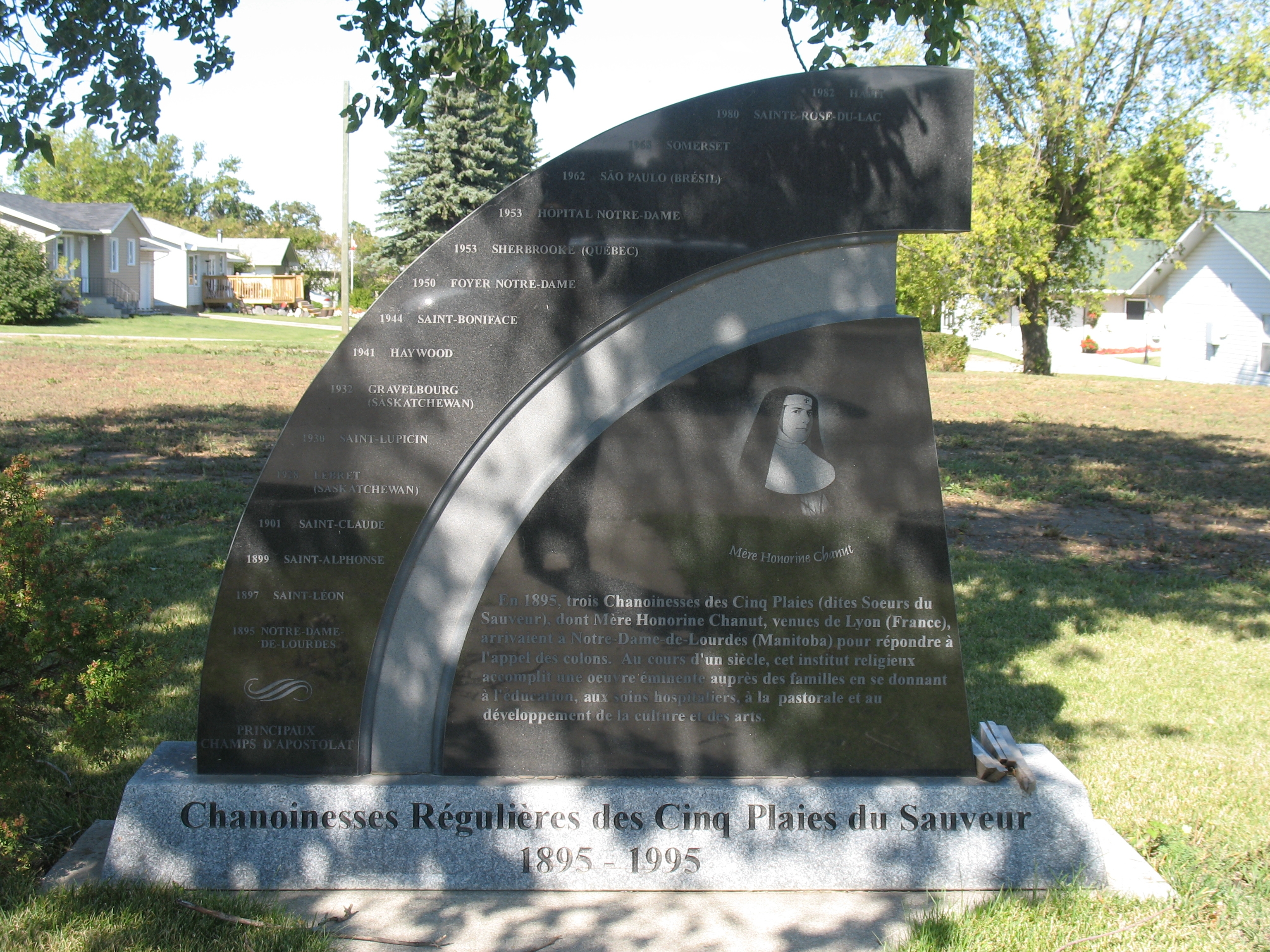 A monument in honor of the centennial of the Chanoinesses Régulières des Cinq Plaies du Sauveur (Sœurs du Sauveur) is erected on Notre Dame Avenue W, north of the church.